Could ADHD be a misdiagnosis? Why evaluations are so essential 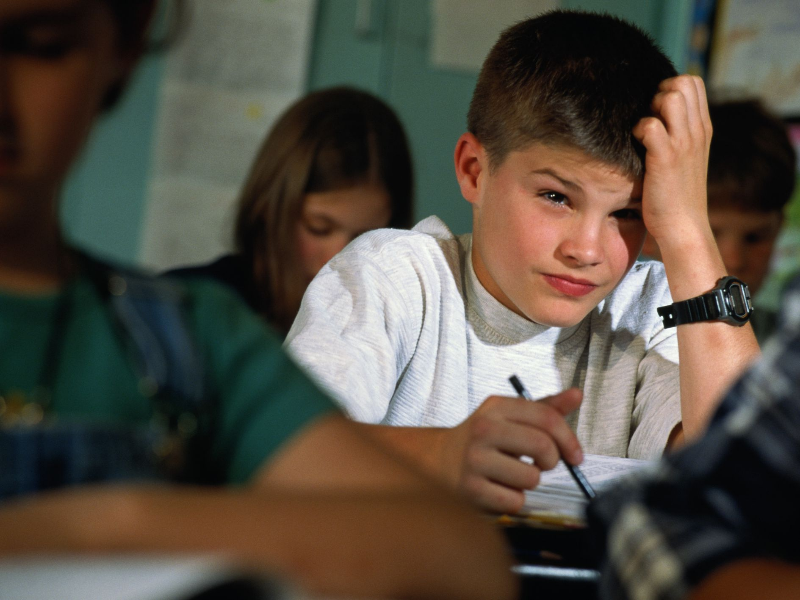 Your child begins showing signs that make you wonder if he or she has ADHD. He may have difficulty paying attention, is hyperactive, and acts impulsively. Your insurance company may be willing to pay for a standard doctor visit, but it avoids an evaluation. Why? According to a 2018 article in CHADD (Children and Adults with ADHD),

“Insurance companies generally pay for standard doctor visits, but many do not pay for lengthy evaluations. Psychological testing generally takes hours and can cost thousands of dollars. Many doctors assess without testing or lengthy interviews. But even if a doctor is very knowledgeable about ADHD, a twenty-minute visit is usually not adequate.”

This is unfortunate as your child deserves the time necessary to make a proper diagnosis. And, very important, you don’t want a misdiagnosis if he or she doesn’t have ADHD.

What if a diagnosis of your child was a rush to judgment during one of those quick 20-minute visits? While there may be a cause for these symptoms, is it necessarily ADHD? Are there other conditions that would also fit the same symptoms? Further, is there a more comprehensive test for our child with a more accurate diagnosis?

This brief article seeks to delve into these questions, and more. We will see how a misdiagnosis of ADHD is all too common and unfortunate. We will also see how Thought Wise LLC can help in providing a comprehensive evaluation. Our results are a more scientific diagnosis.

The Epidemic of Misdiagnosis

Attention deficit hyperactivity disorder (ADHD) is a neurodevelopmental condition. It presents in millions of children. Although the symptoms may lessen over time, many never outgrow them into adulthood. This is according to an article in the Mayo Clinic. Issues caused by ADHD may be poor school grades, social acceptance, and low self-esteem. ADHD is often treated with medication and behavioral therapies.

While the diagnosis is often valid, there’s an epidemic of over diagnosing children with ADHD. Misdiagnosis is usually based on symptoms alone. There is an enduring suspicion that many children are unnecessarily diagnosed, and overmedicated. A primary reason for this is that there are many conditions which share similar symptoms as ADHD. This fact alone leads to many misdiagnoses. As seen, insurance companies push for an ADHD diagnosis based on a 20-minute interview. They point out the symptoms, and viola! It must be ADHD, go with that! But a misdiagnosis can be more dangerous than the symptoms themselves. Our children may go on for years with the wrong treatment and medication.

How widespread is this problem? An article from the Psychiatric Times, August of 2011, provides an answer. Since the condition was first described, by 1970 a diagnosis for children was rare (1%). In 1980 the name given the condition was attention deficit disorder (ADD). And 3-5% of children received this diagnosis. The condition and its diagnosis continued to rise in prominence through the 1990’s and up to now. According to Birch Psychology.com, this climbed by more than 30 percent in the past eight years. They cite BlueCross and BlueShield in 2019 as stating that as many as 10% of US children have ADHD. But given the concerns above, how many of these children were misdiagnosed? This is an important question. Why? There are several other possible candidate conditions that present with similar symptoms. Let’s look at these.

It is well known that boys are more often diagnosed with ADHD than girls, with a male-female ratio of 3:1 on up to 9:1. Boys in general present more than girls for symptoms. Girls show more inattention, while boys tend to show more hyperactivity. It’s often missed in girls, being a more passive symptom. This leads to a diagnosis for boys occurring more often than in girls with ADHD.

Mood disorders include depression and bipolar disorder. Theories suggest many possible causes. These may be chemical imbalances in the brain, trauma, or major illness and medication.

Symptoms from these that can appear to be ADHD may include:

At ThoughtWise, we use certain diagnostic criteria to assess mood disorders from ADHD.

Autism, known as autism spectrum disorder, or ASD, shares some symptoms with ADHD, such as:

ASD is a neurodevelopmental condition that impacts communication, behavior and social skills.

The American Psychiatric Association tells us that anxiety disorders differ from normal anxiety. Because a disorder involves excessive fear or anxiety which dominates our daily lives.

Anxiety disorders are the most common of mental conditions. It affects up to 30% of adults at some point in their lives.

Some types of anxiety disorders include:

Even a trained eye within a 20-minute interview can misdiagnose without proper evaluation.

Insomnia or obstructed sleep apnea (OSA) can also appear to be ADHD due to the shared symptoms of:

According to an article in WebMD, APD isn’t due to hearing loss, or failing to comprehend the meaning of the words. But it’s on how the brain hears sound. It’s about how the central nervous system interprets sound. And the symptoms of this condition can very well appear to be ADHD:

Allergies, including celiac disease, can have similar symptoms to those suffering with ADHD. In children, this could be irritability and behavioral issues. And in adults, celiac disease can cause fatigue, depression, and anxiety.

A study performed in 2011 involved 67 patients with ADHD, placed on a gluten-free diet. And the 10 subjects, who had celiac disease, saw an improvement in their ADHD symptoms. The study concluded that those evaluated for ADHD also test for celiac disease. This is to avoid a possible misdiagnosis.

Other conditions may include…

Thus, an ADHD diagnosis should involve ruling out or including these other conditions. For certain, a 20-minute interview is not enough to rule out any of these other possibilities.

The necessity of evaluating before diagnosis

Shared symptoms that ADHD has with these other conditions demand a scientific approach. This is to accurately diagnose whether your child has ADHD.

It should be clear that a 20-minute test done to offset insurance concerns is inadequate. We cannot overstate the importance of evaluating your child to avoid a misdiagnosis.

Our experts at ThoughtWise provide professional diagnostic help from the very start to:

A rush to judgment is never a good idea, especially when it comes to the importance of our child’s health. It may benefit the insurance companies to do a quick test, but the risk of misdiagnosis is high. There are many conditions that share similar or even identical symptoms as ADHD. Prescribed medications follow a diagnosis, and if incorrect, the symptoms can only worsen.

We at ThoughtWise provide a compassionate and scientific evaluation for your child. This gives you peace of mind and professional treatment for your loved one.

ThoughtWise Clinical Psychology and Neuropsychology provides quality services that guide treatment, enrich life, and enhance our overall mental health and cognitive abilities in Tallahassee and throughout the state of Florida. On their blog, they share insightful tips on managing and improving mental health and clarity in day to day life.